The 2015 PORTLAND FILM FESTIVAL is Oregon’s largest film event of the year, with 80 narrative and documentary feature films and 134 short films selected out of 3500 SUBMISSIONS.

“Portland audiences are the most enthusiastic, film-savvy crowds in the nation, and we’re proud to bring them a stellar festival schedule this year. We’ve created an incredibly diverse and large program of films and events that honor cinema legends, celebrate new approaches and experimentation in film, and showcase the best in contemporary cinema,” said Josh Leake, Portland Film Festival Founder and Executive Director.

Full festival lineup and info to purchase passes and tickets, go to: www.portlandfilmfestival.com

Lifetime achievement tributes for Academy Award-winning stop-motion pioneer Will Vinton and acclaimed creature sculptor and puppet maker Wendy Froud, who will be recognized for her work as a fabricator on Yoda for “Star Wars: The Empire Strikes Back,” and contributions to such films as “The Dark Crystal” and “Labyrinth.
Zombie Day Apocalypse. A live all-day Labor Day event featuring several thousand festivalgoers as extras in a Guinness Book World Record-setting film shoot, “Zombie Day Apocalypse”, to be directed by George Cameron Romero, son of legendary filmmaker George A. Romero. Event will include a night time screening of a surprise zombie film.
One of the largest educational platforms for a film festival anywhere. Lead by award-winning professionals in their fields, this year’s festival will offer over 70 workshops, classes, panels and networking events for actors, screenwriters, and filmmakers.
Screenplay Competition. Four finalists from 380 submissions have been chosen to be read by actors live to an audience. One finalist will win a production grant worth $20K.
A jury of industry professionals and acclaimed filmmakers will be presenting awards to competition films in the following categories: Jury Award for Feature Doc, Jury Award for Narrative Feature, Audience Award for Feature Doc, Audience Award for Feature Narrative, plus additional awards to be announced.

NARRATIVE COMPETITION
10 films to celebrate the best of independent cinema by filmmakers who push the boundaries with imagination and style.

The Makings of You / U.S. (Director, Screenwriter: Matt Amato) Frank Wallis and Judy Meadows are comfortably numb to their lives, but when a chance encounter brings them together, their love for each other reignites life’s sweet, unimagined possibilities. Cast: Jay Ferguson, Sheryl Lee, Grace Zabriskie. WEST COAST PREMIERE

DOCUMENTARY COMPETITION
10 new films from around the world that tackle real life stories with bold vision and energy.

Audition / U.S. (Director: Matt Herron) A romance is portrayed by one hundred actors who compete for two lead roles and a chance to perform the final terrifying scene. WORLD PREMIERE

Congo Beat the Drum / Israel, Jamaica (Director: Ariel Tagar) A musical journey into the forgotten corners of Jamaican reggae and its past champions. WEST COAST PREMIERE

Generation Maidan / Ukraine (Director: Andrew Tkach) A group of Ukrainian filmmakers capture history in the making. What began as a peaceful protest, turned into revolution and finally war. U.S. PREMIERE

I Am Thalente / South Africa, U.S. (Director: Natalie Johns) A homeless teenager from South Africa attracts international attention with his effortless style on a skateboard and is invited to travel to the US to skate with the pros. NORTHWEST PREMIERE

Made in Japan / Japan, U.S. (Director: Josh Bishop) A journey through music, marriage and the impact of the corporate world on the dreams of one woman. WEST COAST PREMIERE

Tyke: Killer Elephant / Australia (Directors: Susan Lambert and Stefan Moore) Tyke the circus elephant breaks free in front of thousands of onlookers. Her break for freedom leaves the city in shock and sparks a global battle over the use of performing animals. WEST COAST PREMIERE

OPENING NIGHT FILM (DOCUMENTARY)
GRU-PDX / Brazil, U.S. (Director: Daniel Barosa) Set amidst the rich contemporary music scene of Portland, Oregon, Brazilian indie band Quarto Negro journeys to the city to record their second album. During a six month stay, they discover the highs and lows of musical life in Portland, and that recording their new album isn’t a task for the faint of heart. WORLD PREMIERE

CLOSING DAY EVENT – ZOMBIE DAY APOCALYPSE
To be held on Labor Day during the festival, a special all day and night event will set a Guinness Book of World Records for ‘most extras in a short film’. Director George Cameron Romero, son of iconic horror director George A. Romero (Dawn of the Dead), will direct. Award-winning makeup artists will oversee effects for an anticipated cast of thousands. Event will also include a nighttime surprise zombie film screening. 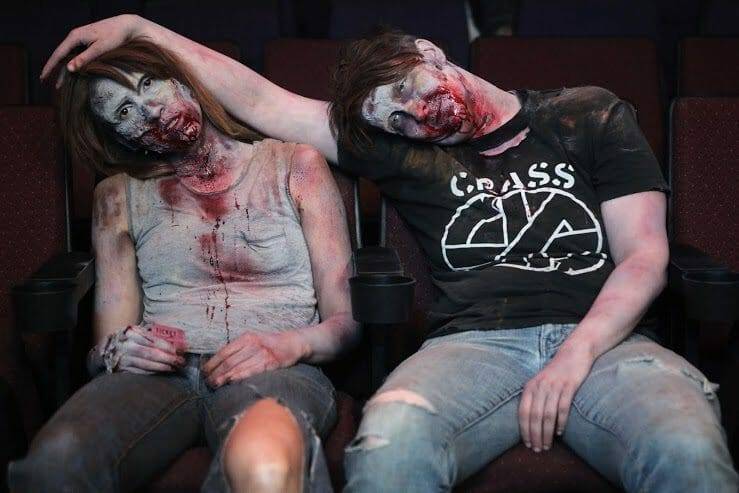 Will Vinton – The world renowned Claymation® pioneer and Academy Award winner Will Vinton will receive a lifetime achievement award for his innovative contributions to the history of animation. Event will also include a 30th anniversary screening of his legendary stop-motion classic, “The Adventures of Mark Twain,” and his Academy Award Winning Short, “Closed Mondays.”

Wendy Froud – An American doll-artist, creature sculptor, and puppet-maker, Wendy Froud is a profound contributor to the history of pop culture and cinema. She is best known for being a member of the fabrication team of the iconic character Yoda for the 1980 film “Star Wars: The Empire Strikes Back” and also fabricated timeless creatures for the Jim Henson films “The Dark Crystal” and “Labyrinth”. In appreciation of her work, LucasFilms will generously share unique behind the scenes archival images from her Star Wars work, and Wendy will be honored with a lifetime achievement award.

Amy Vincent – Trailblazing cinematographer Amy Vincent created an indelible impression with her debut feature film, “Eve’s Bayou”, and she’s been making unforgettable images ever since in a series of classic films, including “Hustle and Flow”, “Black Snake Moan”, and “Footloose”. For its 10 year anniversary, she will screen “Hustle and Flow’ and offer insight into the making of the fan favorite.

MUSIC MAVERICKS
Honoring musicians, music and culture, these documentaries celebrate a diversity of genres and influences through the power and love of music.

Congo Beat the Drum / Israel, Jamaica (Director: Ariel Tagar) A musical journey into the forgotten corners of Jamaican reggae and its past champions. WEST COAST PREMIERE

The Makings of You / U.S. (Director, Screenwriter: Matt Amato) Frank Wallis and Judy Meadows are comfortably numb to their lives, but when a chance encounter brings them together, their love for each other reignites life’s sweet, unimagined possibilities. Cast: Jay Ferguson, Sheryl Lee, Grace Zabriskie. WEST COAST PREMIERE

We are Twisted F***ING SISTER / Germany, U.S. (Director: Andrew Horn) A documentary about the history of the iconic 80’s metal band Twisted Sister, tracing their origins in the bar scene of early 1970s Long Island to their pre-MTV rise as a popular regional, New York-based band in the mid 1970s and early 1980s. U.S. PREMIERE 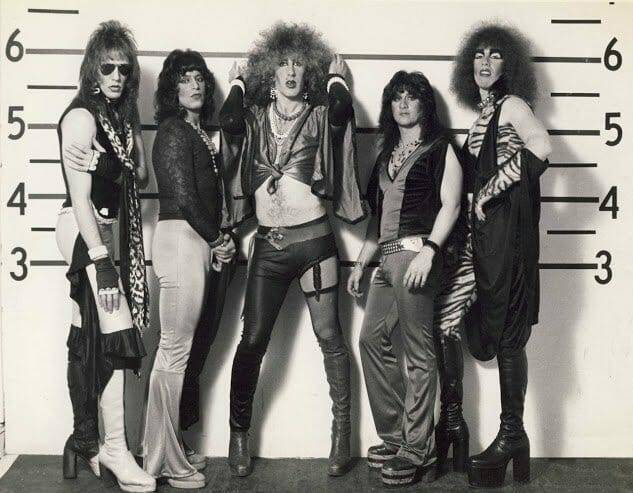 NORTHWEST
Celebrating narrative and documentary films made in the Northwest area, as well as unique films made by Northwest filmmakers.

Deep Dark / U.S. (Director, Screenwriter: Michael Medaglia) A failed sculptor, is about to end it all until he finds a strange, talking hole in the wall. Cast: Sean McGrath, Anne Sorce, Denise Poirier. US PREMIERE

Vintage Tomorrows / U.S. (Director: Byrd McDonald)A documentary about the Steampunk movement’s explosive growth, origins, and cultural significance, which explores the fundamental question: what can we learn about tomorrow from Steampunk’s playful visions of yesteryear? NORTHWEST PREMIERE

About the Portland Film Festival
Established in 2013, The Portland Film Festival is Oregon’s largest film festival, and was named “one of the coolest film festivals in the world,” by MovieMaker Magazine in 2014. It is a non-profit, year round organization dedicated to nurturing filmmakers and audiences, and to celebrating the power of a good story. The festival focuses on the people, ideas, technology, skills and artistry behind filmmaking and provides both entertaining and educational opportunities for the public.
Screenings take place across the city at seven venues, including some of the oldest historic theaters in Oregon, and includes outdoor screenings as well – offering its filmmakers some of the largest audiences available on the West Coast.
Previous and current festival partners include the City of Portland, Portland Parks & Recreation, Women in Film, Oregon Media Production Association (OMPA), Willamette Writers, SAG Aftra (Actor’s Guild/Union), Oregon Governor’s Office of Film (Oregon Film), I.A.T.S.E. (Film Union), Directed by Women, Digital Media Communications Department at Clackamas Community College and others. 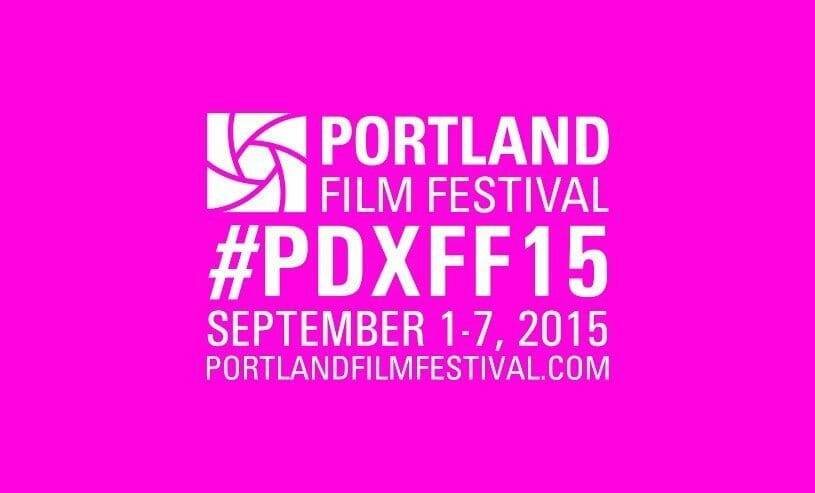 Although the festival began in 2013, its history goes back to 2009, when the Portland Film Club was founded as a film club to bring film lovers together to view and discuss films. The club now boasts over 2300 members and is one of the largest movie clubs on the west coast. It screens typically one movie a week including new and independent features.

Full festival lineup and info to purchase passes and tickets, go to: www.portlandfilmfestival.com