“In My World, The Humans Are The Accessories”

2020 was starting off with a bang. I was booked for two major talk show appearances, a one off spot on a long running primetime reality series and in the final stages of negotiation to be a judge on a new major network show involving dogs when everything came to a stop. I was just coming off the high of showcasing 10 seasons of runway shows during New York Fashion Week culminating with my anniversary show at New York’s Pier 59 Studios when the mandatory lockdown was announced in mid-March. Everything planned was postponed or canceled. Day to day business came to a grinding halt.

About a month after the lock down was in place, I started receiving orders from clients with dogs that had large social media followings and needed new glamorous garments to produce new content for their pages. Business started to increase, but not to the pre-pandemic level. With so much uncertainty, everything was pretty much left up in the air including the future of public fashion presentations.

Fast forward five months, and the subject of New York Fashion Week came up. I did not think it would happen, especially since indoor events were banned. Having been accustomed to my runway shows with an audience between 500 to 1,200 people to now zero spectators proved dismal. My previous runway show venues including Pier 59 Studios, Gotham Hall, Hammerstein Ballroom, Angel Orensanz, Industry City and Broadstreet Ballroom were no longer an option for obvious reasons.

After much encouragement and careful consideration as well as having to think outside of the box, I agreed to put together a full runway show following all the guidelines from the Health Department.

With time on my hands over the Summer, I was able to experiment with new concepts and different textiles. Early on, I was creating new fashions and was able to learn how to add details and mix fabrics I had not done before. As the new idea developed for this presentation, I let this collection take its own direction letting the fabrics lead me in the direction that brought us here. The colors are opulent and textures sublime begging to be touched. For the women’s wear, there is always a sensuality and some pieces are very ethereal. For the canine couture, I created a mix of both formal and whimsical creations matching the personalities of the pups. The overall result is a compact feast for the eyes to warm everyone’s heart.

This presentation was a totally new experience which can very well become the norm for the foreseeable future, though at this time nothing is certain. What is certain, is that I was able to create and present this collection with all my love thanks to the assistance of an amazingly creative team. 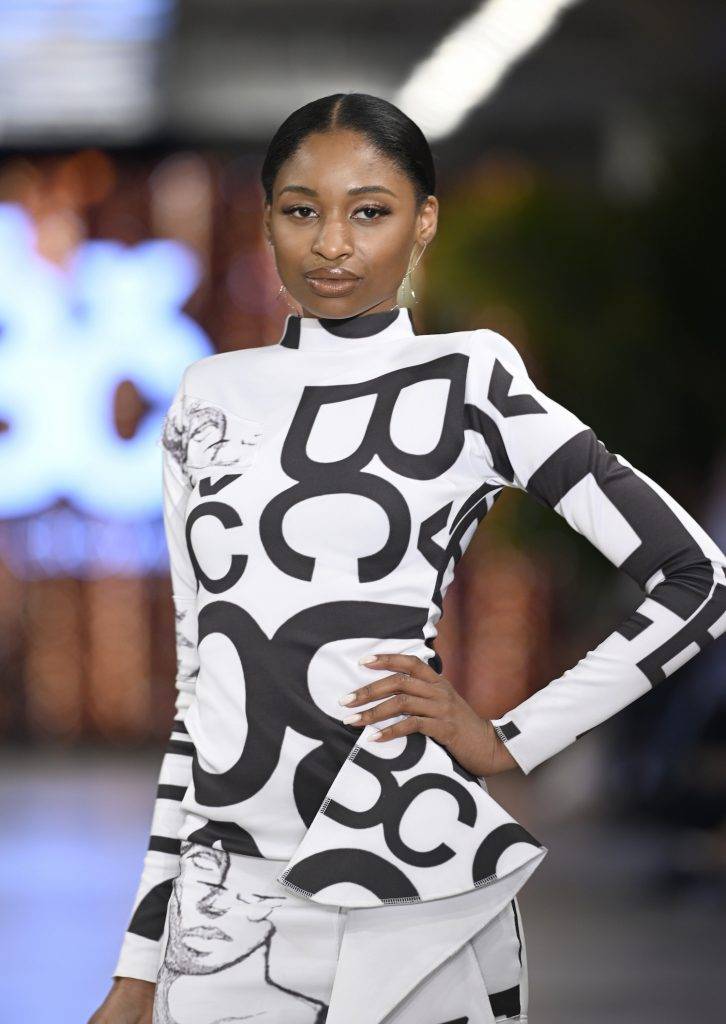 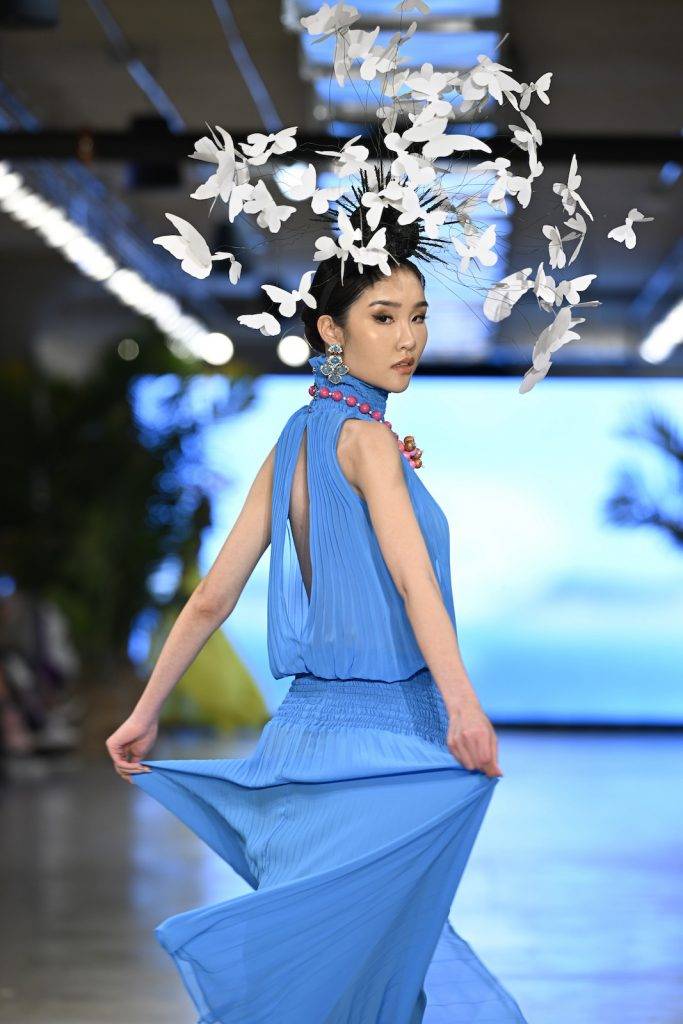 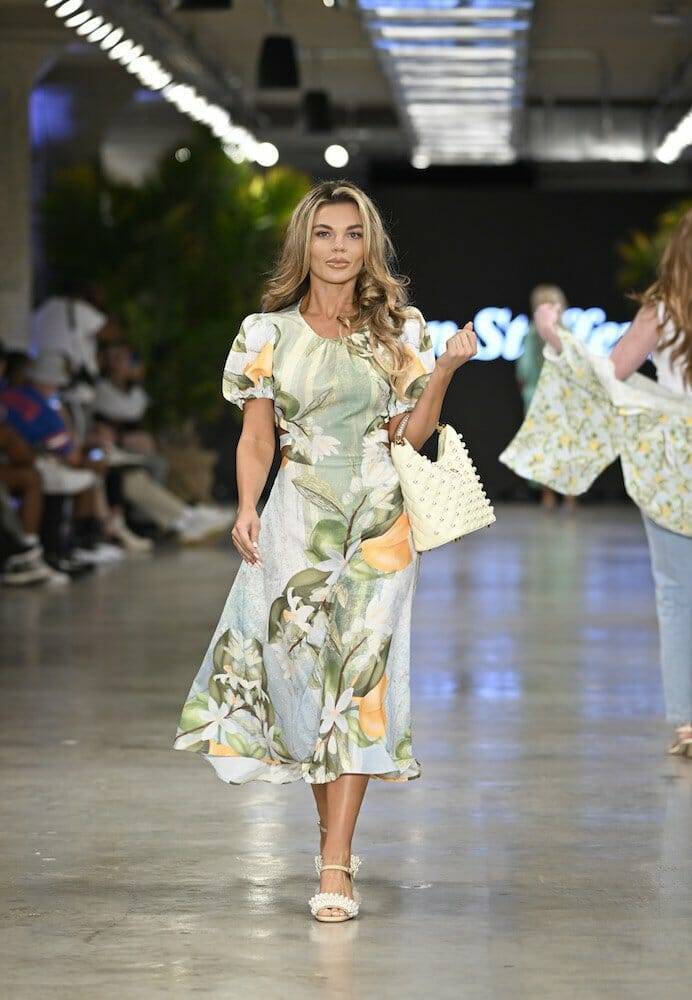 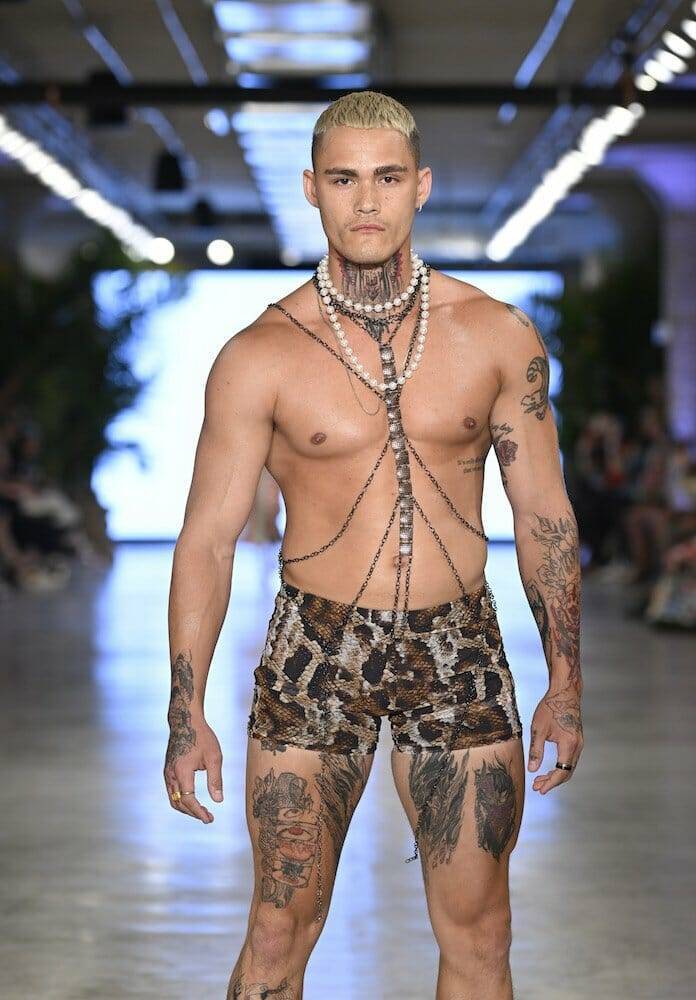