Behind The Scenes: Q& A with BRANT DAUGHERTY

Brant will be hosting at a fundraising gala Saturday, April 18th for New Horizons – serving adults with development disabilities since 1954. 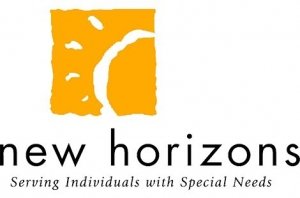 Q: What brought to this fundraising gala with New Horizons?

BD: I heard about New Horizons last year and was invited to take a tour of their facility. I wasn’t sure what to expect, but they really impressed me with the scope of their work. This isn’t just a day care for people to waste the day away. New Horizons offers employment, training, and a sense of purpose. It’s a community, and they ensure that their clients have fulfilling lives.

Q: Do you know anyone affected by mental disabilities?

BD: My brother Adam has Asperger’s Syndrome. He’s one of the reasons I wanted to get involved. We had so little awareness of what he was going through when he was a child. Places like New Horizons can make life better for people like Adam. Growing up could have been much easier for him if we understood Asperger’s and how to help meet his needs.

Q: What do you do when people tell you that you can’t do something?

BD: I try. People always told me I couldn’t make it as an actor. They said it was too hard. I learned that when people say something is impossible, they’re usually just putting their own insecurities on you. I’ve seen people do supposedly impossible things. I don’t want to defeat myself before I even start.

Q: What is one challenge that you overcame that people might not know about?

BD: A few years ago I had to have my shoulder reconstructed. It took a year of physical therapy to get back to normal, and I still struggle with it occasionally. It’s difficult to try to perform through an injury. It humbles me to think that there are people that have overcome much bigger obstacles than that. That would be my inspiration when I had tough days. If others can do it, so can I.

Q: How many no’s for auditions do you get compared to yes’s?

BD: It’s not even close. I get told “no” almost every day.

Q: What do you do to pick yourself up and keep going when you get a no?

BD: I give myself five minutes to fully experience it. I let myself feel the sadness, the anger, and the rejection. I don’t limit my feelings or try to change them. Then after five minutes, I move on and I don’t think about it anymore. It’s not about struggling against your emotions; it’s about allowing them to run their course so you can move on.

Q:  You’re a heartthrob, what is an example of how someone stole your heart?

BD:   I fell in love with a girl once because of the way she interacted with other people. I know that sounds weird, but you can tell a lot about somebody by the way they treat others. She would listen to anybody and give her honest opinions. She was never afraid to put herself out there or risk embarrassment. She just wanted to connect in a meaningful way. That, above any physical trait, was irresistible to me.