The winners will deliver Oscar statuettes to celebrity presenters at the 87th Oscars on Sunday, February 22, live on ABC.

Team Oscar winners were selected by Oscar producers Craig Zadan and Neil Meron, Tatum, and the Academy, based on a creative 60-second video on the subject, “The best piece of advice I’ve ever received.”

“Now in its third year, our Team Oscar program has become a real tradition for The Academy.  We love giving these incredibly talented young filmmakers the experience of what it’s like to be on the Oscars stage, and making sure that everyone on that stage is connected to the future of film,” says Zadan and Meron.

The Team Oscar winners are:

All of the winners’ videos can be viewed here.

“I’m so impressed by the creativity, passion and hard work that went into this year’s Team Oscar submissions,” said Tatum.  “It was difficult to pick just six winners, but I’ll be proud to share the Oscars stage with these talented, young filmmakers in a few weeks.”

Team Oscar was open to U.S. citizens, ages 18 to 30.  Filmmakers submitted, through the Academy’s Facebook page, a creative 60-second video on the subject “The best piece of advice I’ve ever received.”
United Airlines, the official airline sponsor of the Academy and of the Oscars telecast, will roll out the red carpet to fly the winners to Los Angeles to participate in Team Oscar.

In addition to their appearance on the Oscars, the winners will have a chance to explore the renowned collections at the Academy’s Margaret Herrick Library, tour motion picture studios, and participate in meet-and greets-with filmmakers at Oscar Week events. 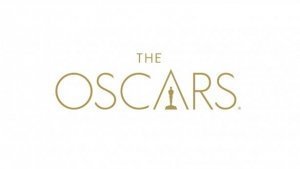 The 87th Oscars will be held on Sunday, February 22, 2015, at the Dolby Theatre® at Hollywood & Highland Center® in Hollywood, and will be televised live on the ABC Television Network at 7 p.m. ET/4 p.m. PT. The Oscars, produced by Zadan and Meron, also will be televised live in more than 225 countries and territories worldwide.