Campaign Launch at Seed and Spark

Anne Santos, a teenager in the Canoga Park neighborhood of Los Angeles, has decided she’s not yet ready to come out as a lesbian – until she falls in love with Sasha Basañez, an athlete even more conflicted about her sexuality than she is.

There are things you can’t change. Your ethnicity. Your sexual orientation. The way you look. The way you talk.

But Anne -17, Hispanic and gay- will try. She’ll alternately embrace and reject her ethnicity, her sexuality, even the way she talks, all in the name of fitting in.

FIRST GIRL I LOVED is proud to be working with film-specific crowdfunding experts Seed&Spark. Over at the campaign page, writer/director Kerem Sanga is kicking things off with a video about what inspired him to write FIRST GIRL I LOVED. Also there, lots more information about the story, updates about production/casting and all the ways to get involved. 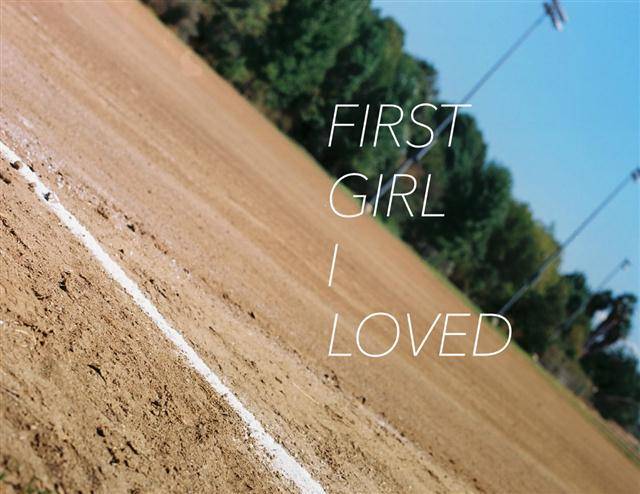 I gravitate towards stories of youth in crisis. THE YOUNG KIESLOWSKI was about someone who didn’t want to be a parent but pretended like he did. FIRST GIRL I LOVED is in a sense the opposite. She’s ready to be herself, to have her first love. But this will not be easy to admit.

The next generation is going to come along and figure this all out a lot better than we have. Being gay is becoming less ‘a difference to tolerate’ and more something that simply is. It’s not about acceptance or rejection. It’s not about being proud or ashamed of who you are or where you come from. For me, it really all comes down to love. And, as Anne will discover, before you can really love someone, first you have to love yourself.

THE YOUNG KIESLOWSKI followed a fairly traditional path. The film premiered at the 2014 Los Angeles Film Festival, won the audience award, and sold to Mance Media for theatrical and digital distribution.

FIRST GIRL I LOVED could go this route, and we are certainly targeting festival premieres at Sundance, SXSW, Tribeca, and LAFF; however, the goal here is to get creative with the project and break out from the confines of traditional film distribution. We think, given the targeted audience of FIRST GIRL I LOVED, that we can combine traditional casting with web “influencers” to build a strong fan base from day one of production—giving us a built-in audience that will be interested in seeing the finished product.  Additionally, we have partnered with various nonprofits in order to expand the reach of the film and its message.  LA/SF-based “Out of the Closet” thrift stores, which appear in the film, have agreed to partner with the production on a cross-promotional basis. We are also talking to the Chicano Latina Scholarship Fund out of the Bay Area, and Planned Parenthood here in Los Angeles.

The Team
Ross Putman and Dave Hunter first began collaborating with Kerem as graduate students at USC, where they were all part of the MFA Writing for Screen and Television program. Together, they developed a screenplay that became Kerem’s debut feature, THE YOUNG KIESLOWSKI.  It premiered at the 2014 Los Angeles Film Festival, where it won the audience award for “Best Narrative Feature.”

With Kerem as a writer/director and Ross & Dave as producers, they founded PSH Collective, FIRST GIRL I LOVED is their follow-up film, though they are also producing the punk-rock rom com DINNER IN AMERICA, and the female-driven comedy ESKIMO SISTERS, with Danny Leiner (HAROLD AND KUMAR) directing.

Seth Caplan is an award-winning producer known for producing the 2007 indie hit IN SEARCH OF A MIDNIGHT KISS.  The film premiered at the Tribeca Film Festival and sold to IFC, later winning the John Cassavetes Award at the Independent Spirit Awards.