GALA TO ONCE AGAIN BE HOSTED BY AMBASSADORS LILY COLLINS, EWAN MCGREGOR, AND ROBERT PATTINSON

WILL SUPPORT GLOBAL COVID-19 RELIEF FOR CHILDREN AND FAMILIES, PROMOTE RACIAL EQUALITY FOR YOUTH IN THE UNITED STATES, AS WELL AS EDUCATION FOR GIRLS IN AFGHANISTAN AND CHILDREN IN LATIN AMERICA, AFRICA AND INDIA

Los Angeles, CA – OCTOBER 18, 2021 – GO Campaign (gocampaign.org), a nonprofit that raises awareness and funds to help vulnerable children around the world, today announced Grammy nominated artist SIA and Grammy nominated artist Jewel as the headlining performers for their virtual 15th Anniversary GO Gala on October 23rd. Co-hosted again by Global Ambassadors Lily Collins, Ewan McGregor and Robert Pattinson, the evening will also include an exclusive musical performance by singer-songwriter/producer and advocate, MILCK, musician Levi Evans, special appearances from Kaitlin Olson and Glenn Howerton, and other surprise celebrity guests. The GO Gala will also feature an online auction, with exclusive packages, including the Parisian Nights package, where Air France will whisk the winner and a guest away in business class to the City of Lights for three romantic nights at the Four Seasons Hotel George V, Paris, a one-of-a-kind VIP shopping experience at the PERRIN Paris flagship store, orfour amazing nights in literal paradise in an Oceanfront Prime Suite at the Four Seasons Maui at Wailea – a remarkable $40,000 value!

All funds raised at this year’s gala will continue to support GO Campaign’s efforts for global Covid-19 Relief and efforts to achieve racial justice for youth in the US. In addition this year, funds raised will support education for at-risk children in Africa and Latin America and for girls in Afghanistan.

GO Campaign has once again enlisted a slate of young activists in Hollywood to raise awareness for GO’s mission locally in Los Angeles and around the world. These young activists, known as Changemakers, include Minka Kelly, Brandon Flynn, Geraldine Viswanathan, Max Carver, Alex MacNicoll, Torrance Coombs and Abigail Cowen among others. Despite being unable to host the gala in-person, GO Campaign is letting no obstacle stand in the way of being able to engage with our community on a global level and come together to continue to change the lives of thousands of children from East Africa to East Los Angeles.

GO Campaign’s gala on October 23rd will be completely free and accessible to viewers around the world with the hopes of inspiring viewers to become a part of the impactful change GO Campaign brings to communities across the globe. The gala’s online auction will raise meaningful funds for the organization and feature exclusive travel, shopping and dining experiences, including a one-of-a-kind Paris trip with tickets courtesy of Air France. Along with getting the chance to win auction items donated by celebrity guests, viewers can look forward to feature appearances from other notable guests. This year’s GO Gala sponsors include Beachbody, Netflix, Christian Dior, Lancôme, United Talent Agency, and Warner Media. VIP guests will enjoy an enhanced at-home experience with treats from JUSTIN Wines, Kastra Vodka, Sol Angeles, Don’t Touch My Cookies, Rachel Miriam and more.

GO Campaign grants have supported a variety of initiatives, like giving youth in Chicago, Texas, LA and New York the necessary digital tools to continue online learning and internships, providing youth affected by violence in Los Angeles with programs for mental health and youth leadership, counseling to support community violence recovery, psycho-educational groups and cultural outings. GO grants are also providing life-saving resources medical and nutritional resources to children across India, funding microloan programs in Nepal and Kenya allowing families to make and sell products, bringing in income to support their families since the beginning of the pandemic, providing children in the UK with consistent access nutritious meals and fitness programming, and helping organizations from LA to Chicago to Brooklyn by investing in programs that address racial inequality.

To learn more about GO Campaign or to register for the GO Gala, please visit http://www.gogala.org/. The Gala is FREE, but you must register to attend.

ABOUT GO CAMPAIGN
GO Campaign improves the lives of vulnerable children around the world by partnering with pioneering Local Heroes to deliver local solutions. We all believe that every child deserves the right to opportunity … opportunity for education, medical care, shelter, food, clean water and a fair chance in life. GO finds Local Heroes around the world who are advocating for change at the grassroots level to help vulnerable children in their communities thrive. We listen to our heroes on the ground, because they know better than anyone what the youth in their communities need. We work alongside them on their journey, helping set clear objectives and attainable goals. GO Campaign provides small grants that have direct impact, cutting out the middleman. With administrative and fundraising expenses covered by private sponsorship, 100% of general public donations supports our grantmaking and since 2006 GO has helped more than 188,000 children by funding 520 projects in 37 countries. 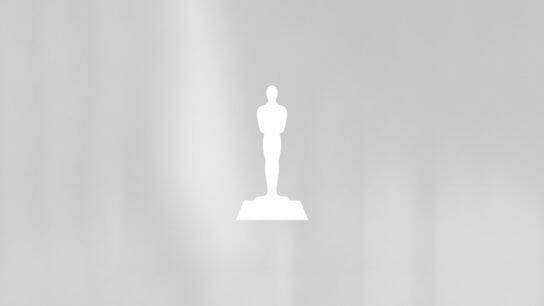