I had the pleasure of interviewing Marcus Mizelle, writer and director the film Actor For Hire, premiering at Dances With Films Film Festival in Hollywood this Monday!

Q: What inspired Actor For Hire?

Marcus Mizelle: I had been wanting to do an “L.A. story” for a while and had several ideas on the front burner. At one point I was going to do a feature called Stages which involved 5 different characters in 5 short scenarios, revolving around a variety of Actors at different levels of the industry. This structure also made sense logistically, as I could do one at a time. But it wasn’t until I got to know my bald neighbor and now good friend Jesse O’Neill (still bald) did I see a clear, immediate path to a comedy i could have a lot of fun with- “what if you’re a bald actor trying to make it in Hollywood, who puts a cheap wig on and finds immediate success.” First of all, Jesse’s a super likable guy and I knew I wanted the audience to like our main character. His life was a comedy to me- he would have just the worst luck in his real life…like the guy in a movie who’s whistling down the street on a nice, sunny day …and then steps in a pothole. That’s comedy, that’s Jesse and that’s a big part of Actor For Hire. His bald head, which we could throw a wig on, also gave me an opportunity to play with disguise comedy elements and used films such as Tootsie for further inspiration.

Q: When the idea come about – and how long did it take to make it?

A: Actor For Hire was initially a web series pilot, which we shot in the summer of 2012. The concept revealed itself quickly and we shot immediately. After a positive response we did another episode about 10 months later and a year after that, once there were a few dollars in place, I decided to turn it into a feature. We were in Pre Production very soon after I had finished the full length script and started shooting early summer of 2014.

Q: Is this your first independent film? And how did you get it off the ground?

A: This is my second feature film. I wrote and directed a crime comedy called Half Empty with Troy Carlton back in 2009, which we shot in Wilmington, North Carolina. I got Actor For Hire off the ground by first making a web series pilot, and after getting a strong response, a second episode. About a year later I reconnected with friend Dustin Taylor from back in NC, who was immediately interested in being a part of what I was doing in LA. After an attempt to make The Reliever, another feature comedy I’d been trying to get off the ground for some time, we decided to move forward with AFH which made the most sense financially. He gave us a very small amount of money and we went off to shoot the feature. By the way, minutes 6-16 of the completed feature is episode 2 of the web series.

Q: Making a movie is hard. What do you think was the biggest challenge on this one?

A: Making it for nothing. As everyone knows, when there’s no money there’s no time and not many resources. I was unable to correctly prep the entire film upfront (due mostly to location and cast availability) so I knew I had to break it up a bit, to be able to lock these things as we went, but not stretch it out too far either. So the way I prepped the film was I’d spend a week and a half prepping (securing locations, scheduling actors, crew and gear etc) and we would go shoot for 4 days. Then I’d take another week and a half to prep and we would shoot for another 3-4 days. We repeated this process until the film was done. We had a very small production team which consisted of myself, a DP, a sound guy and whatever actors were in the scene that day. (Producer) Jillian Longnecker took us home during the back end of production and pretty much manhandled Post Production. Along with trying to direct and produce, I also shot a small portion of the film when needed. Executing all these things at the same time definitely ain’t easy and it surely doesn’t make the best film either, as this is ideally a team game. But I secretly just told myself I’m Steven Soderbergh, and remember constantly telling myself we wouldn’t have a movie at all if those approaches weren’t taken.

Q: What is the funniest scene of the film in your opinion?

A: For me, it’s more of a short sequence made up of a few quick scenes, when Jesse’s character is on his first big set and has no idea what to do or how to act. After bumping into a light, being replaced by a bald extra after failing to read his lines with a script supervisor and demoted from regular crafty to extras crafty, Jesse feeling his way around in the dark is really funny to me and I had a blast with these comedic gags.

Q: Who is your favorite character and why?

A: In Actor For Hire, Jandres is a method actor who gets lost in every character he plays, like he doesn’t know the difference sometimes between reality and make-believe. Every time we see him in a new scene I wanted him to be a brand new character. For example, when we first meet him he’s a gay casting director (his “side job”), then Jesse’s roommate, then dressed as a 40s Detective for a role he’s prepping for… and when he reappears after being gone for the entire first half of act two, he explains he had been lost in this Detective character, as we cut to a black and white mini-noir. He’s being followed until he realizes it’s just the producers who had been looking for him in hopes of returning him to set & reality.

Q: If people can’t go to the screening, where else can they see it?

A: We’re currently working on closing a distribution deal with a backup plan to self-distribute via Amazon and Vimeo On Demand, later this year. Of course, a private screener link is available to press, etc. We also have several other screenings coming up, all around the U.S. Check ActorForHireMovie.com

Q: Are there any other films you are working on or want to do?

A: Always. We’re shooting a short thriller in late July and I’m also currently developing my 9th feature screenplay about North Carolina basketball. We have several other feature film projects ready to go once funded, including 2 more comedies- The Slice Is Right and The Reliever, which is based on an award winning short I did a few years ago.

Like he said, you can keep up with Actor For Hire movie here: ActorForHireMovie.com! 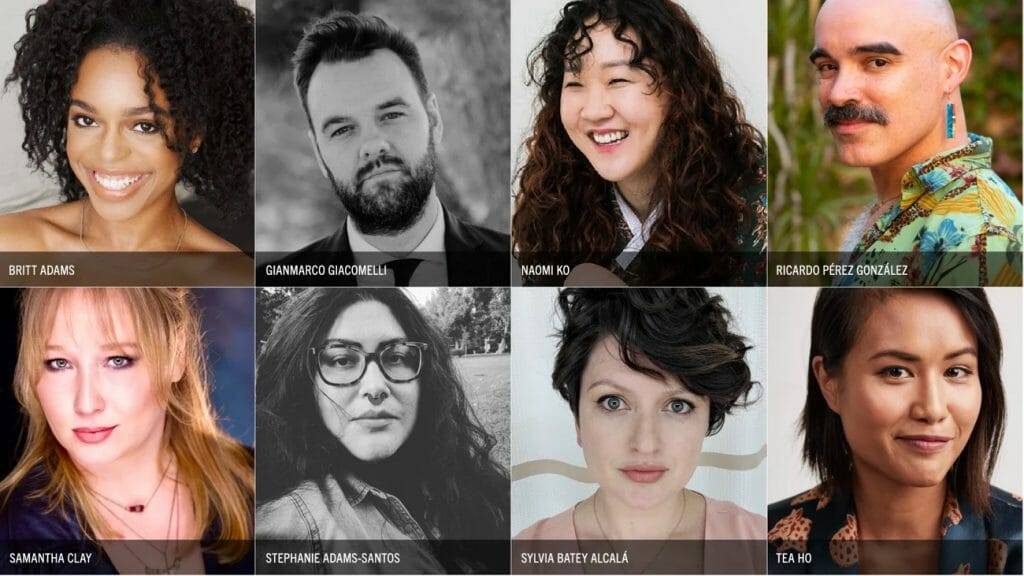 THE FIFTH EDITION OF ANIMATION IS FILM FESTIVAL ANNOUNCES 2022 WINNERS