“During this time of action in the face of the inhumanity of state-sanctioned violence against our brothers and sisters we are postponing our release of OYE MUJER to July 10th. We want to focus on what’s at hand – dismantling racism and supporting our fellow citizens fighting police brutality. We stand in solidarity with Black Lives Matter and will continue working to bring these issues to light in all of our home countries.” 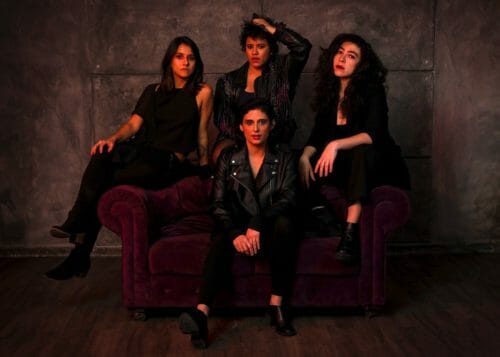 PAN-AMERICAN SUPERGROUP LADAMA UNVEILS EMPOWERING MESSAGES TO THE WORLD IN THE FIGHT FOR REBIRTH AND HOPE FOR A HIGHER COLLECTIVE CONSCIOUSNESS ON SOPHOMORE STUDIO ALBUM, OYE MUJER, DUE OUT IN SUMMER 2020

“LADAMA takes on traditional genres with confidence and vigor without being constrained by their conventions.
The result is a vivid montage of music of the Americas with irresistible spirit and universal appeal.”
–NPR’s “All Things Considered”

Six Degrees Records releases today LADAMA’s second single “Misterio” from OYE MUJER, their as of yet unreleased second album. Driven by samba reggae/reggaeton/bolero rhythms, Daniela Serna comments on the songs’ poignant message, “‘Misterio’ celebrates the idea of reconciling ourselves with our bodies, loving them, and feeling free. To enjoy your own body is a revolutionary act – an act of self-care. Female sexuality can no longer be a taboo, and women around the world are raising their voices and embracing their bodies as proof of this. Society and media have objectified our bodies and for many years we have talked about our sexuality from a male perspective to satisfy men. Our ‘Misterio’ is our perspective on satisfying ourselves.” 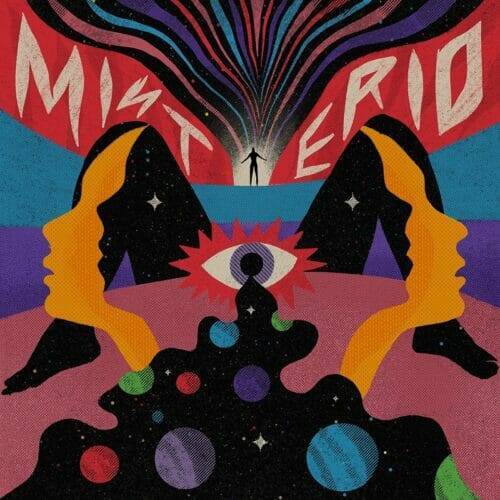 LADAMA is an ensemble of innovative women musicians from across the Americas, including vocalist/Bandola Llanera player Mafer Bandola(Venezuela), vocalist/drummer Lara Klaus (Brazil), vocalist/Tambor Alegre player Daniela Serna (Colombia), and vocalist/guitarist Sara Lucas(U.S.). LADAMA socially engages communities on a global scale through eclectic live performances, residencies, and all-ages workshops. LADAMA broadcasts their boundary-less compositions to fans worldwide on many of today’s premier platforms such as NPR’s “Tiny Desk Concert” (2019, LINK), Telemundo’s “Ulta Beauty” campaign presented by NBC/Universal (2019, LINK) that’s garnered over 1 million views on Facebook, TED Conference (2018, LINK), Nacion ESPN: The Latino Experience (2017, LINK), and many others. In 2020, LADAMA was scheduled to appear at Lincoln Center (NYC) for a two-week residency in October – November 2020 and curate lesson plans for Steven Van Zandt‘s non-profit, TeachRock; due to the COVID-19 pandemic, these opportunities have been postponed.

OYE MUJER (meaning “hey woman”) devotes its platform to spotlight the human experience amidst tumultuous catastrophes such as the 2019 Venezuelan blackouts and 2019 dam collapse in Brumadinho, Brazil. The album artwork for OYE MUJER depicts the chaotic burning of the earth and its natural resources, rebirth, and that all people are connected by a collective unconscious and are part of the same community.

LADAMA further issues a direct call to women to protect themselves from the dangers of the world and to rise up. Portrayals of the misrepresentation of women and environmental downfall are balanced by messages of beauty and hope. LADAMA invites listeners to enter the world of OYE MUJER, a bold step forward as each “DAMA” has taken up new instruments, erstwhile exploring new sounds as they support each other’s unique voices taking turns on lead. With their long-time musical collaborator, Pat Swoboda’s flawless integration on bass, the album’s production is doubly and brilliantly supported by the masterful producer, Kassin.

LADAMA — OYE MUJER — Featured Compositions
OYE MUJER opens with the samba reggae/reggaeton/bolero-influenced “Misterio,” an ode to female sexual empowerment. LADAMA denounces the shaming of women’s bodies and their sexuality, and proclaims “el placer es feminista.” “Nobreza” drops an Afro-Brazilian rhythm while Lara Klaus sings in Portuguese about the strife of the working class in Brazil. She sings, “There is faith and health to earn bread. There is strength and courage for the heart.” “Underground” celebrates the roots of NYC’s ’70s and ’80s marriage of punk, Afro-Latin and disco influences. Sara Lucas highlights the disparity of inequality among classes.

“Inmigrante” finds Mafer Bandola ecstatically celebrating on the chorus with the hopeful message for immigrants to keep your head up high and be brave. “Tierra Tiembla” is an ode to Mother Earth in the form of a classic ranchera. Lucas’ voice soars above the sentiment that if the earth shakes and burns, the blood in our bodies melts as mountains crumble.

“Maria” is a call to women around the world with verses featuring the Venezuelan vocal phenomena Betsayda Machado and choir Mesticanto, along with verses sung by Lucas and Mafer Bandola. “Maria” is a protest song bringing attention to the 2019 Venezuelan blackouts. Consequently, Machado and Mesticanto tracked their parts in the recording studio under extremely strenuous conditions during the blackouts with intermittent cuts to electricity and Internet access. The song poignantly positions LADAMA fighting for basic services to be provided to women most in need, which is based on news reports of a mother walking the streets with her dead daughter in her arms. “Maria” triumphantly ends with the exquisite choir of singers passionately singing, “Maria! She has her freedom. Maria! She has her soul. Maria! It’s her own country.”
A battle cry fronted by distorted guitars and rock drums that coalesce into a Joropo-trap, cumbia rhythm, “Mar Rojo” is for the Latinx generation. While religions position women as sacred beings, LADAMA portrays a different image. Women, the LGBT community, and other marginalized people must have intuition to protect themselves from the evils of the world. Fear must be extinguished with feminist movements in an effort for women to ultimately prevail.

Communities throughout South America are progressively adopting feminism and tactics to speak up against oppression. “Cada Uno” advocates for voicing revolutionary ideas to grow collective unity. Standing up for what you believe in is a vital vehicle for social change. Daniela Serna sings, “Each of us is an expression of the greater whole.”

On “Haverá De Ser,” Lara Klaus speaks truth to the tragedy of the 2019 dam collapse in Brumadinho, Brazil. Alternating verses and the chorus in Portuguese and English (sung by Lucas), Klaus brings attention to the fact that while we go about our day engaging in the simplest of things, the world around us can come crashing down. In this case, a dam disaster that caused the avoidable death of over 250 people. “Haverá De Ser” ends with an uplifting sentiment though; even despite this horrible tragedy, there remains great hope in humanity.

OYE MUJER concludes with Lucas singing atop Swoboda’s bass line in both English and Spanish on “Solar Wind,” which progresses into a three-part harmony connoting our connection with the universe. Lucas sings, “I was born from an explosion of the brightest comet in the sky, I resist just enough to give direction to the planets…Wake up and fly, resist and guide, enough to walk, the sidereal space.”

Reimagining South American and Caribbean rhythms such as ijexá, fandango, merengue dominicano, cumbia, quitipla, and samba, and blending them with soul, R&B and pop, LADAMA creates an incredibly original sound aesthetic. Together, the four women have created something greater than the sum of its parts, melding the traditional bandola llanera from Venezuela, the tambor alegre from Colombia, and the percussion from Northeastern Brazil with electronic sounds, electric guitar and new instruments such as cavaquinho, ilú, and Swoboda’s bass synth among others. OYE MUJER is the next chapter in an already vibrant career educating youth and inspiring audiences across the globe.