Highlights include the beginning of a year-long radio residency with Chinatown-based, artist-run radio station KCHUNG, who will be broadcasting live from The Geffen Contemporary at MOCA in a bright red, custom retrofitted shipping container turned AM radio station; the US premiere of REMOTE, the first feature film by Mika Rottenberg & Mahyad Tousi; a series of talks, performances, classes, and workshops that take place within Judith F. Baca: World Wall; Dimitri Chamblas’ Slow Show, presented as part of the week-long dance sequence Dance Reflections; and Blacktronika: Now Is The Time Festival, a daylong festival, organized with King Britt and featuring 700Bliss (Moor Mother / DJ Haram), Xenia Rubinos, Suzi Analogue, and Tyshawn Sorey, among others.

Judith F. Baca conceived of World Wall: A Vision of the Future Without Fear as “an arena for dialogue” for the greatest challenges we face and the solutions we imagine when we think and act collectively. Judith F. Baca: World Wall Public Programming looks to embody these ideals of activism and imagination. The series of free programs, which takes place within the space of the exhibition itself, highlights the intersection of environmental and social justice across many disciplines and draws attention to activists, writers, organizers, and artists working to instigate real change within the city.

The fall 2022 season of Wonmi’s WAREHOUSE Programs is organized by MOCA Associate Curator of Performance and Programs, Alex Sloane.

“MOCA is a place for creation, risk, and experimentation. Wonmi’s WAREHOUSE Programs puts artists, collectives, and organizers at its center, encouraging them to embrace and explore new ideas, relationships, and practices,” said Sloane. “It has been wonderful to see so many people involved in previous performances and events return to support their peers and collaborators, growing the active community of artists engaging in this work. I hope to continue to foster this sentiment through focusing on the fantastic artists working with performance in Los Angeles, and placing them within a wider dialogue alongside national and international artists.”

Additional details, including artist bios and ticketing information, can be found at moca.org/programs

Unless indicated otherwise, performances and programs at MOCA are FREE without reservation.

FREE admission to the exhibitions requires a timed ticket, which can be reserved online at moca.org. Advance reservations for the galleries are recommended.

Judith F. Baca in conversation with Carey Lovelace
Introduction by MOCA Curator, Anna Katz
Saturday, September 10, 2022
3pm–4pm
The Geffen Contemporary at MOCA
FREE
Curator and writer, Carey Lovelace, joins Judith F. Baca in a conversation about Baca’s practice and how art making can be a means of envisioning and realizing a better future. In 2019 Lovelace founded the initiative Vision2030, which aims to harness artistic imagination as a means of creating new societal paradigms.

Healing through Movement with Tatiana Zamir
Sunday, November 6, 2022 and Sunday December 4, 2022
11am–1pm
The Geffen Contemporary at MOCA
FREE with RSVP
Integrating various healing modalities, including movement therapy techniques, these workshops seek to release stress and cultivate joy. Tatiana Zamir encourages liberation from self-doubt, insecurities, fear, and limiting beliefs to support our healing journeys as individuals and as a collective. Starting from our world within, participants are guided to embody their strengths, increase confidence and creativity, and create a more peaceful and just world. All bodies and levels of movement experience are welcome.

Envisioning a Safer Future: An Art Making Workshop with Compton G.IRLS Club
Saturday, November 12, 2022
12pm–1pm
The Geffen Contemporary at MOCA
FREE
Compton G.IRLS Club was founded in 2017 as an after-school club based in Compton High School’s Library. Their mission is to provide girls and gender nonconforming youth from underserved communities access to resources, knowledge, and skills not readily accessible to them and which will aid them in their journeys to becoming confident, assertive, and independent.

Taking inspiration from Judith F. Baca’s World Wall: A Vision of the Future Without Fear, members of the G.IRLS club, with support from an LA-based working artist, lead a workshop focused on imagining a safer, more equitable world.

An Only Child presents Go to Your Room
Saturday, November 19, 2022
4pm–5pm
The Geffen Contemporary at MOCA
FREE
Featuring music from An Only Child’s album Prepare The Body and accompanied by bassist and cellist, Crow Vendetta, Go to Your Roomis a dance and vocal performance that explores themes of identity, memory, and desire.

Better Balance: Imagining equity among humanity and the natural world
With Nina Simons and Jerry Tello
Sunday, December 4, 2022
4pm–5pm
The Geffen Contemporary at MOCA
FREE
Leading environmental and social activists, Nina Simons and Jerry Tello consider balance, or lack thereof, between humanity and nature; wealth and health; profit and the environment and how the themes depicted in World Wall: A Vision of the Future Without Fear can be utilized as a catalyst for social change. Further participants to be announced.

Judith F. Baca: World Wall Public Programming will be documented by Las Fotos Project as part of their Creative Entrepreneurship Opportunities (CEO) program.
Las Fotos Project’s mission is to elevate the voices of female-identified and gender-expansive youth from communities of color through photography and mentoring, empowering them to channel their creativity for the benefit of themselves, their communities, and future careers. CEO teaches students how to leverage their photography skills while empowering them to pursue opportunities within the digital media industry.

KCRW Summer Nights at MOCA Geffen & JANM with DJs Valida and Scott Dallavo
Thursday, September 22, 2022
6pm–9pm
The Geffen Contemporary at MOCA
FREE
KCRW is joining up with MOCA and the Japanese American National Museum in Little Tokyo for a party on the plaza! The event features live sets from KCRW DJs, local food vendors, a beer garden and free after hours access to both museums. Come dance with us!

Mika Rottenberg & Mahyad Tousi, REMOTE, 2022
US Premiere
Saturday, September, 24 2022
4pm–6pm
Ahmanson Auditorium, MOCA Grand Avenue
FREE with RSVP
MOCA presents the US premiere of REMOTE, a new feature-length film by Mika Rottenberg & Mahyad Tousi. Co-created by Rottenberg and Tousi during the Covid-19 pandemic, REMOTE is set in a post-pandemic near future. Unoaku (Okwui Okpokwasili) and four other women living in different parts of the world—all of them fans of a popular South Korean dog-groomer-performer (Joony Kim)—discover a mysterious portal hidden in each of their homes with universe-altering consequences.

Rottenberg and Tousi will be in conversation following the film.

Screenings to follow through October 30 at 11am, 1pm, and 3pm during museum open hours; no RSVP required.

The presentation of REMOTE at MOCA is supported by MOCA’s Environmental Council.

KCRW Summer Nights at MOCA Geffen & JANM with DJs Anthony Valadez + SiLVA
Thursday, September 29, 2022
6pm–9pm
The Geffen Contemporary at MOCA
FREE
KCRW is joining up with MOCA and the Japanese American National Museum in Little Tokyo for a party on the plaza! The event features live sets from KCRW DJs, local food vendors, a beer garden, and free after-hours access to both museums. Come dance with us!

Featuring a lineup of all local artists working in contemporary dance, theater, music, and cross-genre performance, the LAX Festival features some of the most innovative artists and independent companies in Los Angeles. Each installment of the LAX Festival is a platform for exchange, engaging artists, curators, and organizations in performance presentations, dialogues, and artist-to-artist interactions that are designed to cultivate mutual inquiry and long-term network development.

The full festival will take place from October 17-23, 2022 at multiple venues. Artists and ticketing to be announced.

Dance Reflections by Van Cleef & Arpels, with L.A. Dance Project and MOCA, Presents
Dimitri Chamblas, Slow Show, with live score by Eddie Ruscha
Tuesday, October 25, 2022
6pm and 7pm
The Aileen Getty Plaza, The Geffen Contemporary at MOCA
FREE with RSVP
Dance Reflections by Van Cleef & Arpels is a week-long dance sequence that looks to highlight international choreography in the United States. In collaboration with the L.A. Dance Project and MOCA, the event will bring together three performances from Dimitri Chamblas, Gisèle Vienne, and Benjamin Millepied.

Dimitri Chamblas presents Slow Show at MOCA in collaboration with artist and musician Eddie Ruscha. Staged in a public space, this performance brings together fifty amateur dancers from across Los Angeles. Based on the principles of trance, exhilaration, telepathy, and unconscious memories, Slow Show, which changes with each iteration, is a collective experience which questions the method of creating an ephemeral community around a choreographic project.

Crowd by Gisèle Vienne and Be Here Now by Benjamin Millepied with musical compositions from Caroline Shaw and Andy Akiho will be presented at L.A. Dance Project on October 27 & 28 2022.

This presentation of Slow Show by Dimitri Chamblas at MOCA is made possible with the support of Van Cleef & Arpels.

Blacktronika: Now Is The Time Festival
Organized with King Britt
Sunday, October 30, 2022
2pm–9pm
The Aileen Getty Plaza, The Geffen Contemporary at MOCA
FREE with RSVP
Organized with King Britt, Blacktonika: Now Is The Festival is a day-long festival exploring the many sides of electronic music with eight of the most fearless innovators. The festival will feature the layered club experimentation of Moor Mother and DJ Haram’s 700Bliss; the colorful sonics of Suzi Analogue; the Caribbean influenced multi-instrumentalism of Xenia Rubinos; the melodic modular magic of Colloboh; the warm sub-tonics of JWords; the time traveling rhythmatists, Tyshawn SoreyandKing Britt; future ancient sound warriors Chimurenga Renaissance; and the debut of UC San Diego’s multicultural supergroup, 5hz.

Visual AIDS, Being & Belonging
With contributions from Camila Arce, Davina “Dee” Conner and Karin Hayes, Jaewon Kim, Clifford Prince King, Santiago Lemus and Camilo Acosta Huntertexas, MIkiki, Jhoel Zempoalteca and La Jerry
Saturday, December 3, 2022
4pm–6pm
Ahmanson Auditorium, MOCA Grand Avenue
FREE
Visual AIDS presents a program of seven short videos highlighting under-told stories of HIV and AIDS from the perspective of artists living with HIV across the world. Whether navigating sex and intimacy or confronting stigma and isolation, Being and Belonging centers on the emotional realities of living with HIV today, How does living with HIV shift the ways that a person experiences, asks for, or provides love, support and belonging? The program is a call for belonging from those that have been stigmatized within their communities of left out of mainstream HIV/AIDS narratives.

Being and Belonging will premiere at over 100 museums and arts organizations in conjunction with Day With(out) Art / World AIDS Day 2022.

Following the screening, Clifford Prince King and Davina “Dee” Conner will join Blake Paskal of Visual AIDS for a conversation around their practices and the themes addressed in Being and Belonging.

Art and Krimes by Krimes
Featuring Jesse Krimes, Russell Craig, Jared Owens, and Gilberto Rivera
Friday December 9, 2022
6pm
Ahmanson Auditorium, MOCA Grand Avenue
FREE with RSVP
Art and Krimes by Krimes is a documentary film which centers on the story of Jesse Krimes, a visual artist who, while serving six years in federal prison, secretly created monumental works of art – including a 40-foot mural made with prison bed sheets, hair gel, and newspaper. Each panel was smuggled out piece by piece with the help of fellow artists, with Krimes only seeing the complete mural when he returned home. As Krimes’ work captures the art world’s attention, he struggles to adjust to life outside, living with the threat that any misstep will trigger a life sentence.

Following the screening, Jesse Krimes engages in a conversation around the film and his practice.

Lead support is provided by The Aileen Getty Foundation.

Major support is provided by

Exhibitions at MOCA are supported by the MOCA Fund for Exhibitions with generous funding provided by Earl and Shirley Greif Foundation.

“Wonmi’s WAREHOUSE Programs builds on and expands our existing community and exemplifies MOCA’s artist-centered mission as well as our commitment to creating platforms that foster artistic innovation and emphasize deep engagement with our audiences,” said Johanna Burton, The Maurice Marciano Director of MOCA. “We’re thrilled to present another season of ambitious, accessible events that celebrate international live art while showcasing artists who call Los Angeles home.” 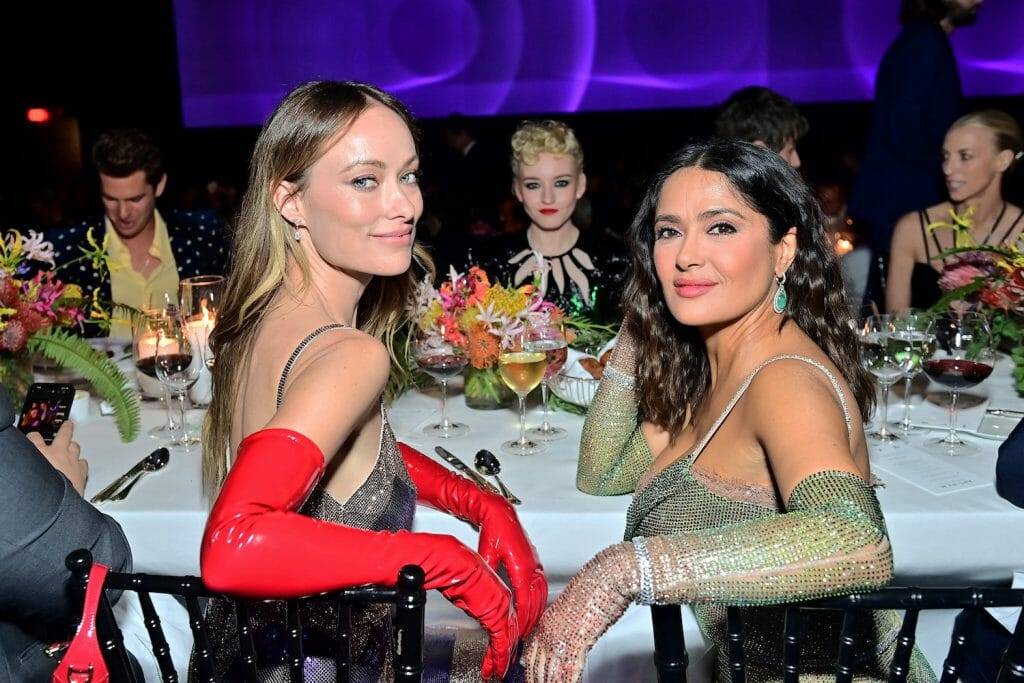 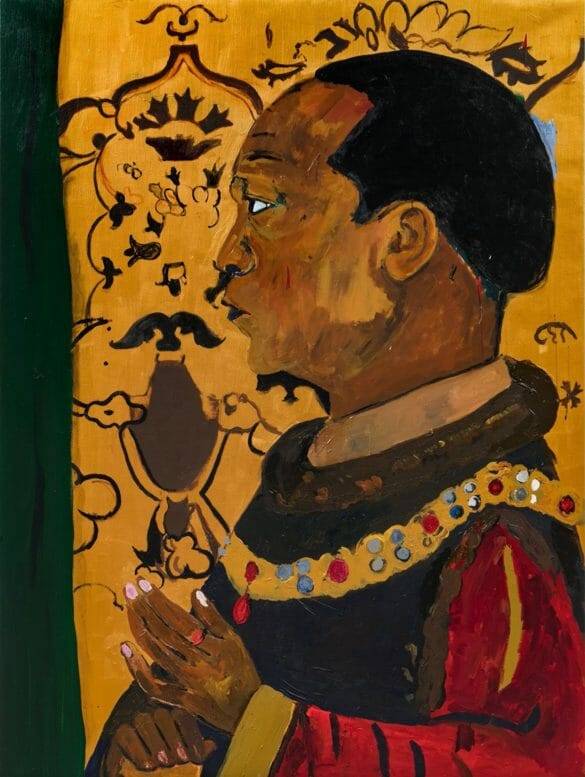 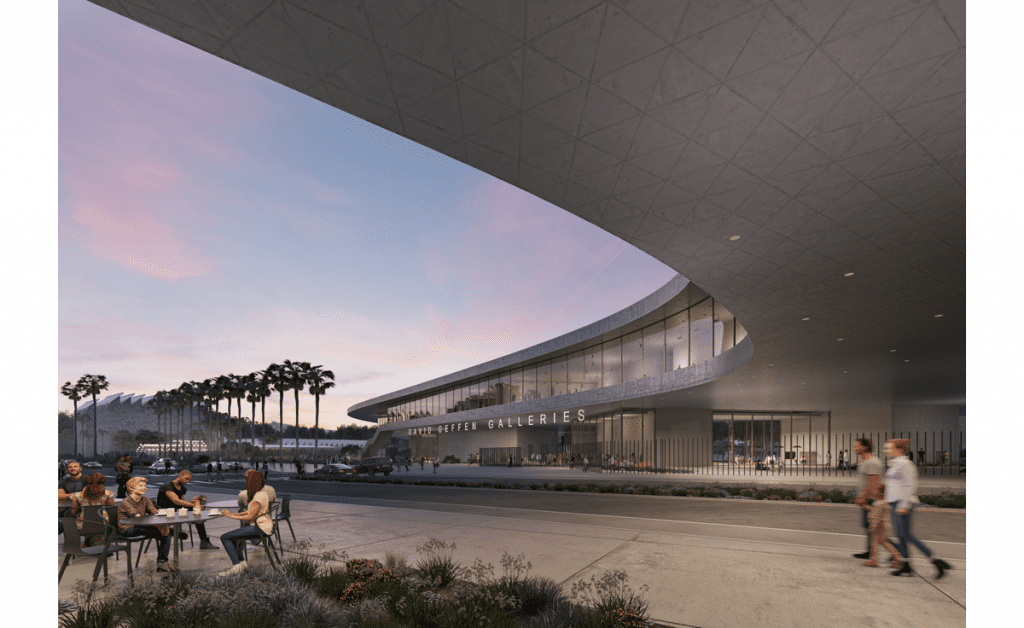 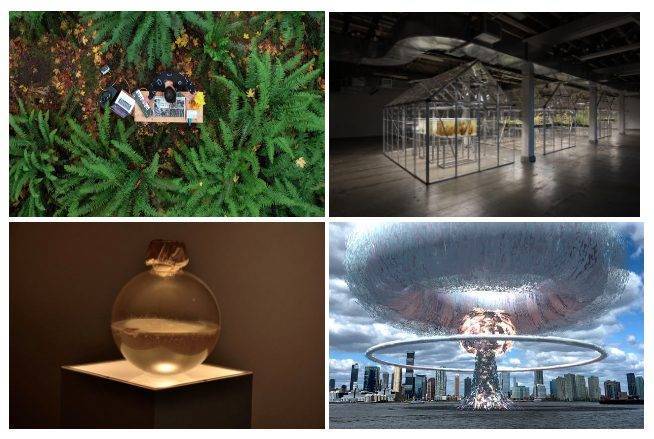