Review of Crime + Punishment – Documentary about The NYPD 12

The story of good cop/bad cop is nothing new. But what happens when good cops are forced to do bad things by their bosses? What happens when law enforcement is forced to break the law? In Crime + Punishment the New York police department, the largest (approximately 36k) and most influential police department in the US, is shown from the inside-out.

This documentary did an amazing job at tracking the facts while telling the story in a way that made it easier to understand. There are people’s individual stories, where you get to see the direct effects on citizens. There’s policemen and policewomen telling their own personal stories. There’s clips of the NYPD 12 case, press conferences, and the Police Commissioner and Mayor at that time. The facts given through the documentary help to clarify things, especially with so many different aspects to it. Here’s part of an audio recording given in the film that sums up the pressure from for officers to meet quotas: “If you don’t give summonses that generate money for NYC, these officers are going to be disciplined and punished.”

Quotas for arrests and summonses have been banned in NY and against the law since 2010. This takes place starting in 2014. Yet 89% of the NYPD union reported that there were still quotas, even though quotas are against the law. In the class-action lawsuit of the NYPD 12, you learn directly from NYPD officers and others that quotas are still enforced, and the many trickle-down effects that quotas have.

Here’s a stat given in the film that helps sum up the bigger picture. “Between 2007 and 2015 the NYPD issued nearly 900,000 criminal summons that were later dismissed for lack of probable cause. Criminal summonses and arrest-related fees contribute tens of millions to the city’s annual budget, with Blacks and Latinos receiving summons five times more often than Whites.” Five times more. It’s easy to assume that stats such as this are probably because it’s from communities where there’s more crime. However, the police in this documentary show, tell, give audio recordings, documents and exact reasons as to why that is an inaccurate assumption. It makes you wonder, what came first – the crime or the quotas? What really comes first, the people or the money? As Anthony Miranda (President of Latino Officers Associations) explains “it’s not about helping people, it’s about numbers.” And in this case of the NYPD 12, where all of the NYPD 12 had recordings of supervisors pushing them to meet their quotas, and evidence that they were told to target minority communities, you start to see the reason for that number very differently.

Around 25 minutes in you hear an officer tell other officers that he was told “You have to stop black people 14-21 years old.” He said no. They went at it. The officer was suspended. Then you hear from teenagers who talk about getting stopped, frisked, harassed and even provoked constantly while just walking down a sidewalk. You even see a 17 year old who is willing to risk 15 years of his life because he knows he’s innocent.

The LAPD 12 had put their entire careers and more on the line in order to do what they originally intended to – server and protect, rather than serve and arrest for no reason. This documentary exposes a trickle down effect that you may never have seen coming. I know I didn’t. 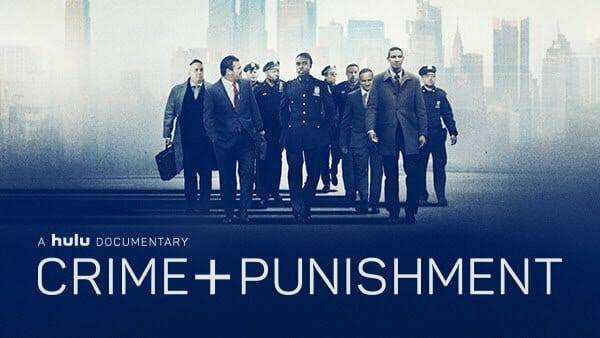 (Here is the trailer: https://www.youtube.com/watch?v=n4WfaaJi_fQ)