Now available world-wide via all digital platforms
*Please support Covid-19 relief by purchasing on BANDCAMP, a 20% donation will be made relief organizations*

Hello, I appreciate you taking the time to read this. I’m Rose McGowan and for a long time, I worked in a strange place called Hollywood. Being an actress was my day job, but behind the scenes I was honing my skills as a multi-media artist, writer and thought leader. After realizing I’d worked on sets for over 57k hours, I knew it was time to assert my own voice, so I directed a short film called Dawn which was nominated for the Sundance Grand Jury Prize. After Dawn, I began a three-year writing project, my book, BRAVE. While writing about my life and thoughts on society, I needed to create art that would be soothing. I’d always loved using my voice, it was my favorite part of performing.

When I was a small child going through tough times, I created a utopian world in my mind and I named it Planet 9. I felt safe on this invented planet of mine. I also used to wonder what sounds existed on my planet. As life went on, I forgot about how special my planet was, I forgot I could go there in times of trouble. Six years ago, astronomers found a new planet they named Planet 9 – it’s the new planet that demoted Pluto to a star. Holy s! They found my Planet 9! Around the same time, I met some French electronic musicians, and I decided to make music that has the power to lift your spirit. I know this, art heals. Planet 9 takes you on a very special journey. I am not trying to be a pop star, I will not be performing this album. By using my knowledge of cinema sound design, I carefully created the sounds and words for a better place, an unknown world in our own mind that we can all travel to. Planet 9 is an artistic endeavor that I hope will help others meditate in a unique way. 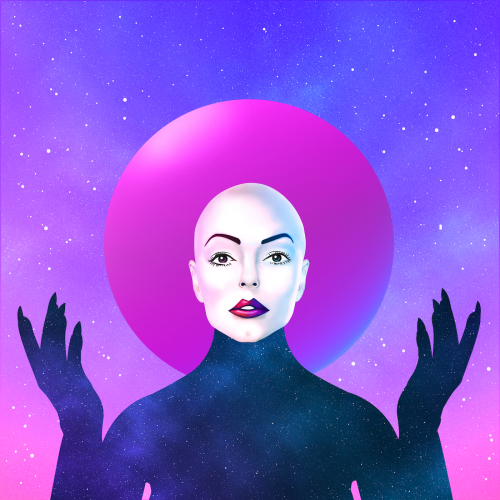 PLANET 9, the debut album of activist, author and filmmaker Rose McGowan will be released this Friday, April 24th, around the world on all digital platforms. Purchase directly via BANDCAMP and 20% of all sales will be donated to support Covid-19 relief.

Five years in the making, PLANET 9 is a truly international work of art. Recorded and filmed in Paris, Biarritz, El Paso, and Los Angeles. The Planet 9 experience was created and directed by Rose McGowan with collaborators such as DJ Falcon (who produced her favorite Daft Punk song), Punishment, an underground duo in Paris, David Sitek (who’s worked on Massive Attack, TV on the Radio, and many others). Mixed by Trent Reznor and Atticus Ross’ sound engineer, Michael Patterson (Social Network, Girl with the Dragon Tattoo) and Stuart White (Beyoncé’s Lemonade), and mastered by Paul Logus (Coheed & Cambria, Public Enemy). Rose wanted a lush, cinematic sound – as she puts it ‘music to go to space to.’