LOS ANGELES (June 9, 2015) – Today the Los Angeles Film Festival, produced by Film Independent, in conjunction with Presenting Media Sponsor the Los Angeles Times and Host Partner L.A. LIVE, announced its sponsors for the 2015 Festival. The Los Angeles Film Festival will run from Wednesday, June 10 to Thursday, June 18 in downtown Los Angeles. Joining the Festival as Premier Sponsor is Southern California BMW Centers and Jaeger-LeCoultre has returned to the Festival as the Principal Sponsor. American Airlines and Peroni Nastro Azzuro are new to the Festival at the Platinum level. Returning Platinum Sponsors include Dolby Laboratories, Inc. and EFILM & Company 3. Loyola Marymount University School of Film and Television returns as the University Sponsor.

For the tenth year, the Los Angeles Times will serve as the Festival’s Presenting Media Sponsor. The Pulitzer Prize-winning Los Angeles Times is the largest metropolitan daily newspaper in the country and has been covering California for more than 133 years.

Through a wide-ranging partnership with AEG, a majority of the screenings will take place at Regal Cinemas L.A. Live Stadium 14. Regal Cinemas L.A. LIVE Stadium 14 is a state-of-the-art theatre with digital projection in all 14 auditoriums. The Premiere House at L.A. LIVE is a premium environment which seats 800 guests and features a 70-foot-wide screen.

Southern California BMW Centers joins the Festival as the Official Automotive and Premier Sponsor. Festival attendees will have the opportunity to interact with new BMW vehicles in the Regal Cinemas L.A. LIVE as well as in the Festival Lounge. For over forty years, BMW has been involved in the arts with hundreds of creative initiatives, including a long-term commitment to storytellers, independent film and filmmakers across the world. They strive to look beyond the traditional sponsorship model toward opportunities where we can lend support to meaningful causes and to impact change. BMW is proud to support Film Independent and the Los Angeles Film Festival.

Jaeger-LeCoultre returns to the Los Angeles Film Festival as the Principal Sponsor. On June 13, Jaeger-LeCoultre will co-host the Women Make it Happen: A Celebration of Women Directors and Showrunners Panel and Brunch with Southern California BMW Centers. During the invitation-only brunch, Jaeger- LeCoultre will present to Gale Anne Hurd, (The Kids Are Alright, Laurel Canyon, High Art) with the Glory to the Filmmaker Award for the second year in a row at the Festival.

A creative vision. A perfect blend of technical excellence and artistic sensitivity. Haute Horlogerie and the filmmaking world enjoy many similarities. Whether in the workshops of the Manufacture or behind the scenes in the making of a movie, artisans and artists are fired by the same passion and the same creative impulse: to ensure that every second captures a moment of eternity. That is exactly why Jaeger-LeCoultre has been actively involved for more than 10 years in promoting the 7th art. The Brand notably encourages directors through the Glory to the Filmmaker prize awarded for the past eight years at the Venice International Film Festival. In 2013 Jaeger-LeCoultre further established its active support of the film community and its new generation of filmmakers by joining forces with The Film Society of Lincoln Center to create the ‘Filmmaker in Residence’ Program. Through its link with the Shanghai Film Festival, Jaeger-LeCoultre participates in restoring historical Chinese films, a precise, meticulous and passionately driven endeavor highly reminiscent of watchmaking craftsmanship.

American Airlines joins the Festival at the Platinum level, and as Official Festival Airline. American Airlines is proud to be an official sponsor of the 21st Annual LA Film Festival. American’s network, services and airport amenities have made it the preferred airline of the entertainment industry and the premiere airline at LAX. With nearly 200 daily departures from Los Angeles International Airport (LAX), American’s customers have access to 55 nonstop destinations around the world. American operates the only three-class transcontinental service to New York with its award-winning Airbus A321T and the most daily, year round nonstop flights to London, all with fully lie-flat, direct aisle access seats in First and Business Class. American has served greater Los Angeles for more than 80 years and continues to strengthen its ties to the entertainment industry by partnering with Film Independent and sponsoring events such as the LA Film Festival.

Dolby Laboratories is the global leader in technologies that are essential elements in the best entertainment experiences. Best known for high-quality audio and surround in environments from the cinema to the living room to mobile devices, Dolby creates innovations that enrich entertainment at the movies, at home, or on the go. For more information about Dolby Laboratories Dolby technologies, please visit www.dolby.com.

A list of recent features completed at EFILM and Company 3 includes a large percentage of the top blockbusters and award-winning movies, including: Imitation Game, Foxcatcher, Nightcrawer, Tomorrowland, Selma, Furious 7, and both the Hunger Games and Maze Runner series.

Returning as the Festival’s University Sponsor, Loyola Marymount University School of Film and Television (SFTV) will sponsor the previously mentioned Future Filmmakers Luncheon and the Master Class: Boundless Visual Storytelling with Mathew Cullen. Additionally, they will be sponsoring the Festival’s Documentary Competition and will also sponsor a special panel called UN(earthing) Stories: Behind the Scenes on the World Stage. In partnership with the United Nations, this panel is a unique opportunity to go behind the scenes with filmmakers who have found inspiration in real human stories and the experts from the UN who have helped unearth them. SFTV is also partnering with the Festival for this year’s Steed Symposium: Cyber Security, which includes a stimulating discussion regarding current cyber security issues facing global entertainment.

Ranked as one of the top 10 film schools in the U.S. by The Hollywood Reporter, Loyola Marymount University School of Film and Television (SFTV) in Los Angeles offers undergraduate degrees in animation, production, screenwriting and recording arts; and graduate degrees in production, screenwriting, and writing and producing for television. SFTV and Film Independent are partnering for the second year on SFTV’s Incubator Lab, a one-year program that provides selected alumni with resources and tools to help them build their creative portfolio and transition into the industry. The 2015-2016 Incubator Lab cohort will be announced on June 17, 2015 at the Los Angeles Film Festival’s Master Class: Boundless Visual Storytelling with Mathew Cullen. Get more information at sftv.lmu.edu or facebook.com/lmusftv.

Sauza® 901® Tequila is proud to partner with Film Independent for the first time as the official spirit of the Los Angeles Film Festival. Sauza® 901® is a super smooth, super-premium tequila and marks a collaborative effort on behalf of Justin Timberlake and Sauza® Tequila, one of the world’s top premium tequila brands. The co-branded offering blends the creativity of its founder with the quality and history of iconic Sauza® Tequila resulting in a dynamic lifestyle spirits brand. Perfect for any occasion from a celebratory night out to a low key night with friends, Sauza® 901® is made with 100% agave tequila and offers a super smooth, triple distilled spirit. Please come by the Festival and join us for a Sauza® 901® cocktail. Cheers!

Festival family programming is supported by Lisa Argyros/Argyros Family Foundation and includes the pre-festival event Inside Out + Animation with Pete Docter, the community screening of Who Framed Roger Rabbit and Future Filmmakers. Future Filmmakers is co-sponsored by Loyola Marymount University School of Film and Television and Time Warner Foundation.

On June 13 Diversity Speaks, sponsored by HBO, supported by Yvonne Huff and Jason Delane and hosted by Blackhouse, will feature a full day of conversations with industry executives and filmmakers around diversity.

The Montana Film Office will sponsor the Filmmaker Reception on the Festival Terrace hosted by Director and Actor Jay Duplass on Friday, June 12. FilmL.A., Inc. will sponsor the LA Muse screening of Flock of Dudes on June 14. On June 14,The Fox Director’s Initiative Fox Audience Strategy and Dolby will sponsor the Fellows Reception.
Netflix joins the Festival this year as a co-sponsor of the Documentary Competition.

Building on their long-established sister city relations, Los Angeles, Guangzhou and Auckland have recently forged a tripartite agreement to engage with one another on both economic and cultural levels. Sister Cities of LA, Inc Celebration at the Los Angeles Film Festival is sponsored by the Department of Cultural Affairs and will feature a Screening of The Dark Horse, by Auckland filmmaker James Napier Robertson and the Guangzhou Traditional Arts Extravaganza at Club Nokia.

Many partner organizations have joined the Festival to support international films and filmmakers in the Festival by providing travel funds. These partners include Korean Cultural Center, Los Angeles and UCLA Latin American Institute.

CBS 2 and KCAL 9 once again serve as the Official Broadcast Television Partners. The largest local television duopoly in the country, CBS 2 and KCAL 9 provide Southern California with a combined nine-and-a-half hours of award-winning local news coverage on a daily basis. In addition, CBS 2 serves as the West Coast flagship of CBS, America’s most-watched network; while KCAL 9 features the nation’s first and only nightly three-hour primetime local newscast.

WireImage is the Official Photography Agency.

THE FIFTH EDITION OF ANIMATION IS FILM FESTIVAL ANNOUNCES 2022 WINNERS 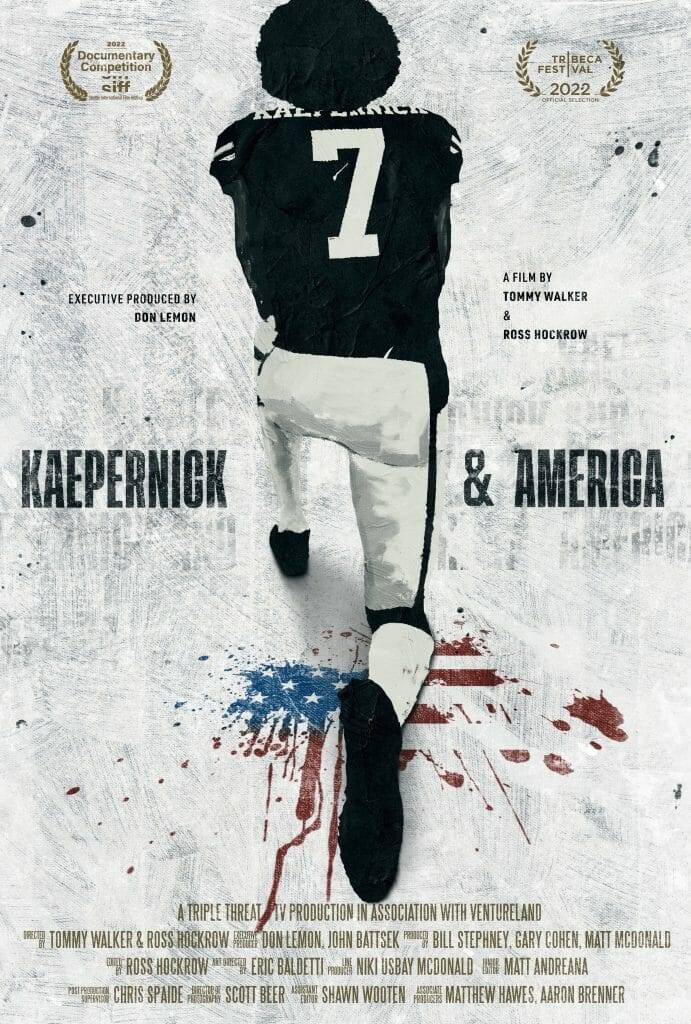