The fellowship begins with a weeklong lab that will kick off on July 18 in Los Angeles, introducing filmmakers to the many global opportunities that the program offers. During the full year, fellows work with their mentors, attend select Sundance Institute programs, are eligible for internships, go to the Sundance Film Festival, and are offered additional creative and professional development opportunities. The fellows also receive an artist grant supported by Adobe and Arison Arts Foundation and one-year complimentary membership to Adobe Creative Cloud.

Since the Ignite x Adobe Fellowship began in 2015, 90 fellows have gone through the program and ten alumni have had short films selected to screen at the Sundance Film Festival, with several projects winning jury awards. Past Ignite fellows have gone on to win prizes at SXSW and Tribeca Festival as well as the Shorts Palme D’or at the Cannes Film Festival. Former participants have also been a part of the Sundance Institute Screenwriters Intensive or Episodic Labs and received funding from the Doc Fund. Recent alumni include Lance Oppenheim, Terrence Daye, Aurora Brachman, and Olivia Peace.

"It’s always equal parts challenging and exciting to screen the submissions of the  Ignite x Adobe Short Film Challenge. To know the breadth and caliber of talent that these emerging filmmakers have is to know that the future of independent storytelling is bright," said Toby Brooks, Assistant Director, Sundance Ignite. "We are so pleased with the cohort that makes up this year's group of Ignite Fellows–watching the variety of approaches and points of view they bring to the table is so rewarding. They have valuable perspectives and we at Sundance Institute are looking forward to supporting them as they develop their projects and craft with the help of our partners at Adobe."

The fellows selected for the 2022 Ignite x Adobe Fellowship are:
Rubing Zhang is a filmmaker from Beijing, China. A graduate of Swarthmore College with high honors, Rubing is an incoming film MFA candidate at NYU Tisch. Her films have screened at various film festivals including the Woodstock FF, the Brooklyn FF, and the Athens International Film + Video Festival.
Thomas Percy Kim is a Korean-American writer/director kindled by introspective narratives. His films have been distributed by HBO/Max, qualified for 2023 Oscars, and screened globally. He is a Diverso Minority Report fellow, Shorts to Feature Lab fellow, and is currently at USC while equity-crowdfunding his debut feature at WeFunder.com/IsleChild with Executive Producer Jim Cummings.
Advik Beni is a South African artist and filmmaker based in Los Angeles. Through magical realism and non-hierarchical, hybrid modes of filmmaking, he collectively creates spaces for peoples on the fringes to express grief and trauma. He is currently developing a feature-length experimental documentary based in Cato-Manor, Durban.
Esteban Bailey is a filmmaker from San Juan, Puerto Rico and graduate of NYU Tisch. Esteban’s films are often about the complexities of Puerto Rican society through a magical realist lens. His debut short film El Extraño en la Casa Rivera has won several awards, including the "Filmmaker to Watch Award" at the 2022 Atlanta Film Festival.
Tae Catalina Low is a filmmaker and programmer from Bogotá, Colombia. She is currently based in Mexico City. Her films explore different imaginaries and mythologies of globalization.
Justin Kim WooSŏk was born in Korea and came of age in LA. He graduated Wesleyan in 2019 with an honor’s degree in Film and American Studies. Justin is working on his first documentary feature project and developing a short fiction script. He is interested in people who cross borders and stories from the diaspora that resemble his own.
Fernando Rocha is a Mexican-American Cinematographer based out of the U.S. East Coast whose work spans both scripted and unscripted genres. He graduated from American University in Washington, D.C. and received a 2021 Fulbright grant. He is also a 2022 Southern Exposure Film Fellow.
Giovanna Molina is a filmmaker from Brooklyn, NY. Currently a fourth-year MFA candidate at UCLA’s Directing program, Giovanna is supported by the Wasserman, Streisand Sony, and Hollywood Foreign Press fellowships. She completed a BA in Film and Creative Writing at Johns Hopkins. Her work explores the darker narratives of girlhood.
Anna R. Japaridze is a British-Georgian artist and filmmaker. Her cinematic focus has often tended towards aspects of loss and preservation in Georgian culture. She is a graduate of Stanford University's Documentary Film and Video program, and currently lives and works in Tbilisi, Georgia.
Mykea Fairweather Perry is a filmmaker from London and a graduate of Ravensbroune University. His passion lies within telling real world, personal stories. With his recent projects having screened at BAFTA and BIFA qualifying festivals. Things Mykea likes: filmmaking & playing rugby. Things Mykea doesn’t like: writing bio’s in third person.
Adobe believes in the power of creativity and is committed to creating opportunities for emerging artists so they can share their talents and perspectives with the world. In addition to being a founding supporter of Sundance Ignite, Adobe is a founding partner of  the Women at Sundance | Adobe Fellowship; a year-long artist development Fellowship championing underrepresented voices. Adobe is also Presenting Sponsor of the Sundance Film Festival and supporter of the Sundance Collab, a global digital space for learning and community.
Sundance Ignite is supported by Adobe and Arison Arts Foundation.
WHO

As a champion and curator of independent stories, the Sundance Institute provides and preserves the space for artists across storytelling media to create and thrive. Founded in 1981 by Robert Redford, the Institute's signature Labs, granting, and mentorship programs, dedicated to developing new work, take place throughout the year in the U.S. and internationally. Sundance Collab, a digital community platform, brings a global cohort of working artists together to learn from each other and Sundance Advisors, and connect in a creative space, developing and sharing works in progress. The Sundance Film Festival and other public programs connect audiences and artists to ignite new ideas, discover original voices, and build a community dedicated to independent storytelling. Sundance Institute has supported and showcased such projects as Summer of Soul (...or, When the Revolution Could Not Be Televised), CODA, Flee, Passing, Clemency, Never Rarely Sometimes Always, Zola, On the Record, Boys State, The Farewell, Honeyland, One Child Nation, The Souvenir, The Infiltrators, Sorry to Bother You, Won't You Be My Neighbor?, Hereditary, Call Me By Your Name, Get Out, The Big Sick, Mudbound, Fruitvale Station, City So Real, Top of the Lake, Between the World & Me, Wild Goose Dreams and Fun Home. Join Sundance Institute on Facebook,Instagram, Twitter and YouTube.

WHERE
Sundance.org/initiatives/ignite
SHARE:
The Latest In Your Scene:
News 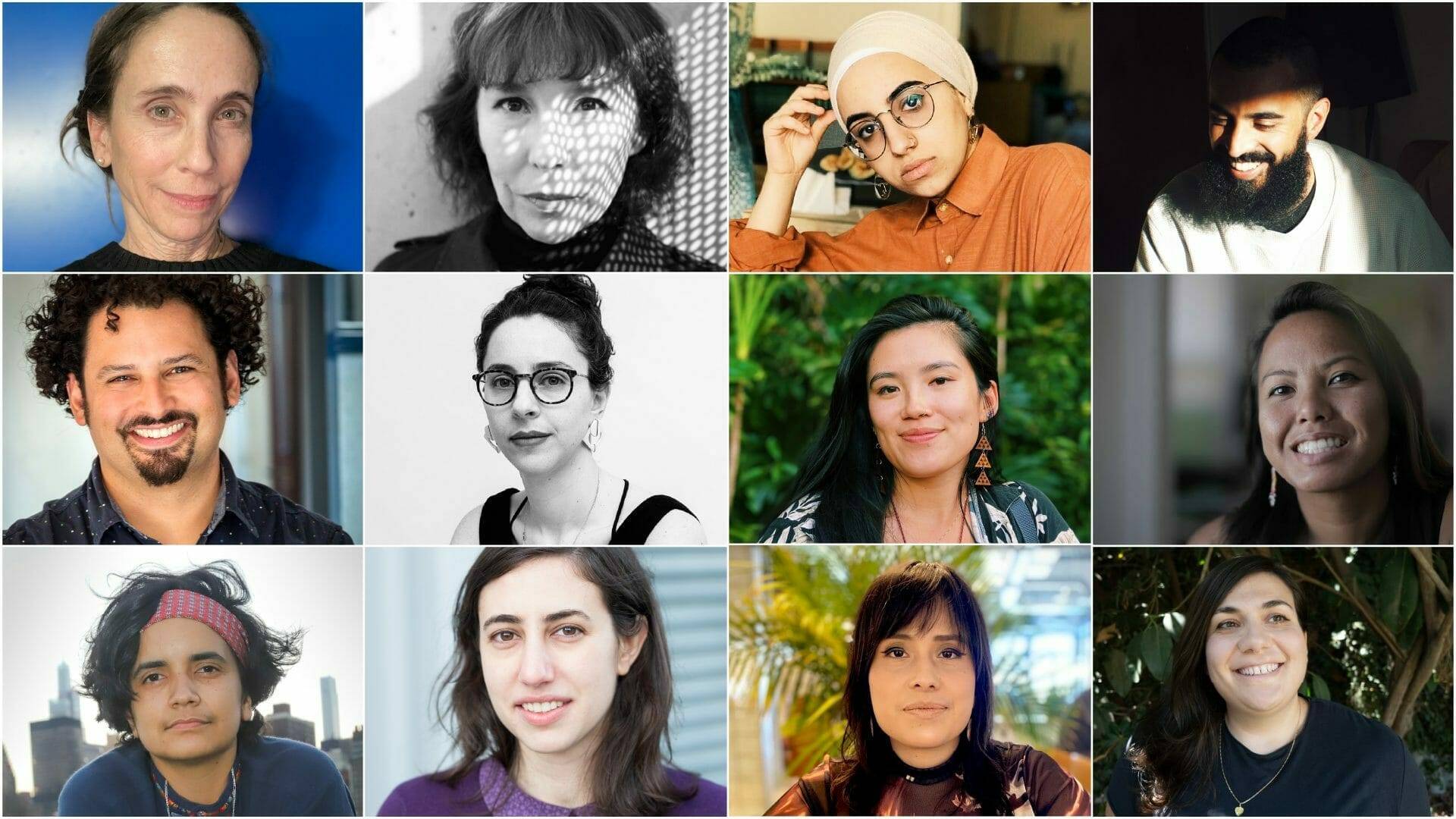