Theory of Obscurity: A Film About the Residents, review by Arthur Glover

This year’s SXSW Music and Film Festival ended with a bang this past Sunday. One of the films that premiered during the highly popular event, was the first ever documentary about the mysterious band called The Residents: “Theory of Obscurity”.  I’ll admit, I didn’t know shit about the band before watching this film, except the fact that the members wear giant eyeball mask, and nobody knows who the  four actual members are(or if the abstract art collective had four actual members). But hey, going in with a sense of discovery just made it all the more thrilling for me to watch. 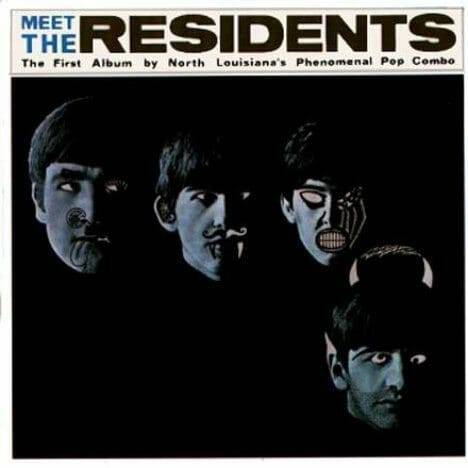 Those who think the film will finally spill the identities of the band’s members will be disappointed. So what? You still get one trippy-fuckin’ documentary. Whether or not you know who the hell the Residents are, Theory of Obscurity is nirvana for music and film lovers alike. The band, originally from Shreveport, Louisiana, met in grade school in the 60s, before making their way to San Fransisco in 1966, only to have van problems that made them stay in San Mateo. During this time and place, psychedelic music was still lifting off, and most musicians around were just James Taylor imitators, playing at endless amounts of folk clubs. Then in ’71 the Residents showed up at The Boarding House venue in San Fransisco, where they dropped a creative-nuclear bomb, using diverse instruments to make strange-experimental music no one had ever experienced before.

Since then and throughout their well-kept career, their influence is literally seen throughout every creative medium. Any band that wears mask or disguises(Kiss, Slipknot, etc.), you can thank The Residents. In their eyes(literally), the use of anonymity in their live appearances was an effort to keep people’s focus on their artistic output. Some people thought there were famous musicians under those masks. Some thought it consist of solely one member. Some people didn’t care, and just embraced the experience the odd-ball music gave them. That to me is the point behind The Residents.

The film, directed by Don Hardy Jr., sways between interviews with diverse artist and cult followers inspired by the band(Matt Groening, Jerry Harrison, Les Claypool), people who performed with them on their tours, footage of their live performances and bizarre music videos, to their  Wonder of Weird Tour in 2014. At 90 minutes, you might still wish Don Hardy would go further. But after watching this, consider me a new fan of The Residents. The film ends fitfully with a lengthy monologue from the lead singer at the WOnder of Weird Tour, one that seems to put a perspective of their entire career into a few surreal sentences, followed by the lyrics “We will die pretending to be a band”. With they music industry in the shape it is nowadays, I say true that brother.