Theatrical Release announced for THE MIND OF MARK DEFRIEST

THE MIND OF MARK DEFRIEST opens in LOS ANGELES and NEW YORK on March 6, and select cities following.

On February 11, 2015 parole was granted to longtime Florida prison inmate Mark Defriest for March 10th. With an original parole date set at 2085, this decision will potentially cut 70 years from his original release date, news that Mark has waited three decades for.

The film and the audience reactions have had a great impact in bringing awareness of the unjust incarceration of the film’s subject, Mark Defriest, which has aided this amazing possible sentence reduction. This is a testament to the power of film.  Gabriel has been following Mark’s story for 12 years,the possibility of Mark Defriest’s freedom during lifetime was a few months ago, incomprehensible. 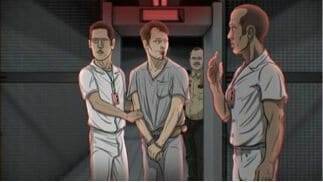 THE MIND OF MARK DEFRIEST captures the bizarre, infuriating story of a carefree19-year-old Mark Defriest who ended up in solitary confinement for most of his adult life in a Florida prison. His crimes? Taking the tools his father, who was recently deceased, had willed to him before the will was probated.

The only home he has ever known is a prison cell, despite repeated escape attempts and doubts that he ever belonged in prison. Originally found ‘incompetent to be sentenced’ by five of six psychiatrists, he, like many mentally ill prisoners, has spent an incredible amount of time in solitary confinement – 27 of the last 34 years. After years of disciplinary write-ups – common with the mentally ill – Defriest’s parole date stood at 2085.

After the film was released, audiences responded with anger and passion to the perceived injustice in Defriest’s case. Filmmaker Gabriel London traveled to Tallahassee to share the film to the Florida Commission on Offender Review.

Dubbed as “Florida’s Houdini” and “unluckiest prisoner” by the press, Defriest recently was granted parole. His legendary escapes and stranger-than-fiction entry to the injustice system now serve as an catalyst for prison reform. 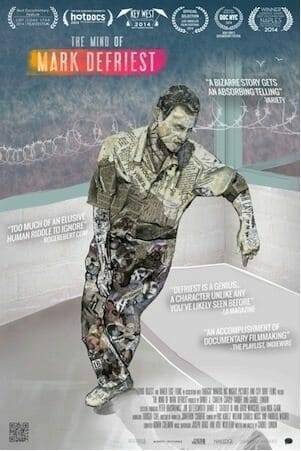 THE MIND OF MARK DEFRIEST has won awards and critics’ praises ever since its film festival debut. Filmmaker Gabriel London successfully captures the haunting story with exclusive interviews, access to the subject, and visually-stunning animations.

A FILM BY GABRIEL LONDON